In a difficult year, we witnessed Evanstonians coming together to support those in need and helping the community recover and rebuild. Read our 2020 Annual Report: A Year Like No Other.

Back in 1968, the CEDA (Community and Economic Development Association) and a group of citizens of Cook County, Illinois noticed that many Evanston seniors were at risk of malnutrition because they were not able to cook or buy their own meals. This concerned group decided to do something about it, so they approached Sister Mary Alfreda Bracht, Chief Executive Officer of Saint Francis Hospital. She worked with the hospital’s kitchen to prepare meals that could be delivered to these seniors at home.

Volunteers were recruited, delivery routes were laid out, and Meals on Wheels Northeastern Illinois was born. The first deliveries went out in October 1968. Over the years, more residents and counties expressed the need for these prepared meal services. Seniors, those with physical or cognitive disabilities, and those who need help during a specific medical situation like recovering from surgery comprise the organization’s client population. As their service area grew, so did the amount of volunteers needed. From Wilmette to East Glenview, the momentum just kept going. They added the Friendly Visit program in 2002 and the grocery shopping program in 2012 where volunteers shopped for their clients. 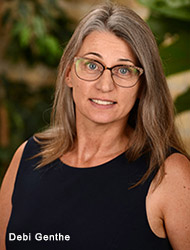 Eager to build their capacity to meet the needs they saw, Genthe applied for a root2fruit grant in fall 2014. The organization used root2fruit’s mentorship and capacity-building support to build staff and its fundraising capacity. From 2015–2017, the budget grew 38% and meals served grew an astounding 65%. In fact, demand and meals served grew so much that they outgrew their food suppliers’ ability to supply enough food.

Therefore, in 2017, they applied for and received one of ECF’s first rolling grants to do a feasibility study for a community kitchen. In late 2019, they moved into a new space and new kitchen. During that same time period, the organization was chosen for a second cohort of Building the Future, as ECF continues to partner with them on growing their capacity in order to meet these vital food insecurity and community connectivity needs.

Now in the midst of social distancing with the coronavirus, client numbers have tripled and they are encouraged to stay home and phone their friends and family members. To date, the Meals Team serves more than 250 clients per week. In past years, they served 250 clients per year. “Older community members are an integral part of the community. Preventing their isolation and malnourishment allows these wonderful elders to remain connected and dignified,” said Genthe.