Since 1992, Leadership Evanston has worked to develop a network of knowledgeable and facilitative leaders who take responsibility for the community.

Evanstonians have long valued our diversity but also recognize that our community is challenged to work well for all of its residents. Increasingly, Evanston is focused on examining the barriers to equity in our community and working on addressing those challenges. ECF is proud that some of the key leaders in these efforts are graduates of Leadership Evanston. 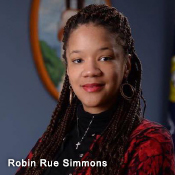 One of those leaders is Robin Rue Simmons (LE 2013), 5th Ward Alderman, who chairs the City Council’s groundbreaking Reparations Sub Committee. With her leadership, in late 2019 the Council established a $10 million fund for local reparations, including revenue from the new recreational cannabis retailers’ tax. This reparations fund is thought to be the first city reparations fund in the nation. Rue Simmons is also part of an Evanston team selected to participate in the National League of Cities (NLC) Institute for Youth, Education, and Families Cities of Opportunity Institute, focusing on affordable housing and health. Simmons’ work has garnered national attention and has set Evanston apart from other local governments. “There is a new day in our immediate future for black Evanston, and therefore a better Evanston overall,” Simmons said. 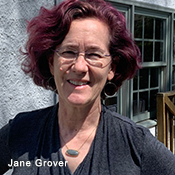 Another impassioned Leadership Evanston alumna, Jane Grover (LE 2004), former 7th Ward Alderwoman, chairs the Commission. One of the other committee members is Tim Eberhart (LE 2012). As the inaugural chair of this committee, Grover has been instrumental in listening to the community and developing strategies for change. “Being part of LE helped me think about how to be a leader in a community setting and broadened my understanding of the ways in which Evanston does not work for so many other community members,” said Grover. Other LE graduates who went on to become elected officials include Mayor Steve Hagerty (LE 2004), 2nd Ward Alderman Peter Braithwaite (LE 2000), and former 6th Ward Alderman Mark Tendam (LE 2004). 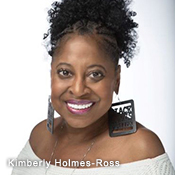 Evanston born and raised Kimberly Holmes-Ross (LE 1995) has worked for Evanston families for over 20 years, beginning as a social worker at Family Focus. She is now serves as the community engagement coordinator for Evanston Cradle to Career (EC2C), the collective impact initiative focused on ensuring that all children who grow up in Evanston are able to have successful futures. At EC2C, Holmes-Ross developed the Advocates for Action, in which community residents are trained as leaders who connect EC2C to community residents. With ECF, the Advocates have developed the Community Building Grants, which has so far invested $30,000 in small grants to individuals working to improve their neighbors’ lives. “To this day, I lean on my LE cohort for advice, resources and friendship. My Evanston network grew exponentially after taking LE,” said Ross. 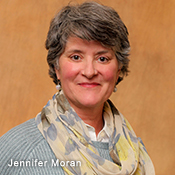 Last year Holmes-Ross and Leadership Evanston Director Jennifer Moran (LE 2014) joined Nina Kavin (LE 2016) to organize an “Uncomfortable Journey.” More than 100 Evanston residents, aged 18 to 80, traveled for 3 days on buses bound for Montgomery, Alabama, to experience the Legacy Museum: From Enslavement to Mass Incarceration and the National Memorial for Peace and Justice. They also traveled to Selma, where they walked across the Edmund Pettus Bridge, site of Bloody Sunday, a key event in the civil rights movement. “My LE class read Bryan Stevenson’s book Just Mercy and he quickly become my hero. When I learned that he was opening the museum and memorial, I was determined to take Evanston residents of all ages to visit it together,” said Kavin. 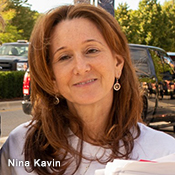 She led the effort at part of Dear Evanston, an online network working toward “an equitable Evanston free of violence” — a project that grew out of her LE class. The bus journey, which included the support of fellow Evanstonian’s and Leadership Evanston alums Kathleen Long and Evan Finamore (both LE 2017), really put Stevenson’s philosophy into action for the participants. “The trip was an example of how we can break down barriers and build community, starting here in Evanston,” said Kavin.

These passionate and committed individuals leading important efforts toward building a more equitable Evanston for all are incredible examples of what Leadership Evanston hopes to foster. ECF is proud of these transformative alumni.