Now is the time to deepen our commitment to making honest change in our community. As Evanston continues to

recover from the depths of Covid19, ECF is laser-focused on addressing the inequities laid bare by the pandemic.

Please support our ongoing efforts across Evanston with a gift to the Now! Fund

Home > About > News > News From the Foundation

Gyros Planet: a bridge to the community 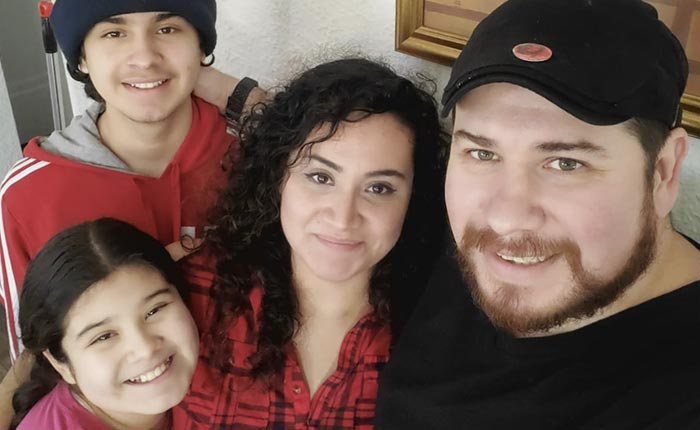 At Gyros Planet, owners Erika Castro and Pablo Sanchez treat everyone like family.

In the beginning, most of their customers were from St. Nicholas Church parishioners. Gradually, they drew more African American customers, and eventually more Latinx customers. “It was a slow process because of the name, Gyros Planet.”

Erika and Pablo endured more than a few hardships but continue to rise to the challenges. Prior to the pandemic, most of their business came from Youth Organization United, District 65, Evanston Township High School, and the city workers. When the pandemic hit, their income was reduced by 75%.

a rocky start, even before the pandemic

“In March 2019, we bought the restaurant location. At that moment, Pablo lost his job where he was working for a company for 15 years,” said Castro.

Erika was working at a company and she lost her job too. “We found a restaurant on Craig’s List. Pablo said let’s go check it out. We had a feeling that something good would happen. We pulled money out of our savings account, bought the restaurant, and started working right away.” They worked in restaurants before with no formal training in business management and were confident in their abilities to move this business forward.

So, Erika encouraged her husband to cook at the restaurant because he was such a good cook.  Initially, Gyros Planet had 2.5 stars on Google. “Our rating on Google is now 4.5. We worked really hard to change that image,” said Castro.

Pablo and Erika start their day at 6:00am and cook until 9:30pm. Their kids spend time at the restaurant doing their homework.

“I pray every day to be in different situation,” said Castro. “It is a painful time to live through. We don’t know when our customers will come back, and so it is hard to keep these doors open. Many have lost jobs and cannot support their families. With support from the Evanston Community Foundation, we were able to provide meals to 110 Latinx Evanstonians from St. Nicholas Church and District 65.” 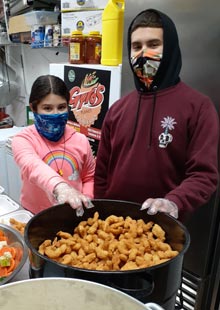 In addition to serving the community, Erika and Pablo take care of their family. They have children ages 11, 16, and 19. Their 11-year-old daughter Erika (named after her mom) said that she wanted her parents at home more often. She cried a lot. “It was hard to explain to our daughter that the reason why we worked so many hours was because of her, because of our family,” Castro said.

In the midst of all the challenges this year, they continue to reflect on the success of their eldest daughter Chasity. She graduated from Evanston Township High School in May 2019 and by November 2019 she made the decision to join the Army because Erika and Pablo were not able to pay for her to go to college. Chasity graduated from Army basic training in March 2020 in South Carolina. “It was when I came to see her that I heard from people from the church talking about how people were losing their jobs and were struggling to support their families.” 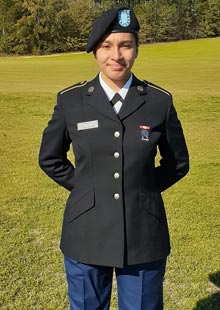 It’s been difficult for Erika to be away from her eldest daughter. “I felt like it was my fault that she had to go the military. And now she is in South Korea. When you have kids, you want to make sure that they have best.”

In addition to their kids having the best, Erika and Pablo want all children to have the best. “We need to make sure ALL kids have access to what they need to be the best,” said Castro. “It’s not enough just to take care of your children. This has been a challenging year for many families.”

When asked what Gyros Planet represents to the community, Castro said, “It’s important to build a bridge to the community.” Erika is from Columbia and Pablo is from Guatemala. “We want the customer to feel at home. It doesn’t matter who you are-Black, White, Latino. We want food to be a bridge to everybody. When you are an immigrant, it is hard to adjust to a new country. We made it our business to see people and let them know they were welcome. Here, we are family.”

You can find Gyros Planet at 1903 Church Street in Evanston.