ECF supports the realization of community visions by connecting partners, resources, and more.

When a vision arises in the community, ECF responds to help nurture and realize that vision. That can mean helping to gather the right partners to transform ideas into reality, working with donors to develop support, or acting as the fiscal sponsor for a community effort. Our role can evolve, as an initiative evolves. Over time, ECF has been part of a variety of creative projects. 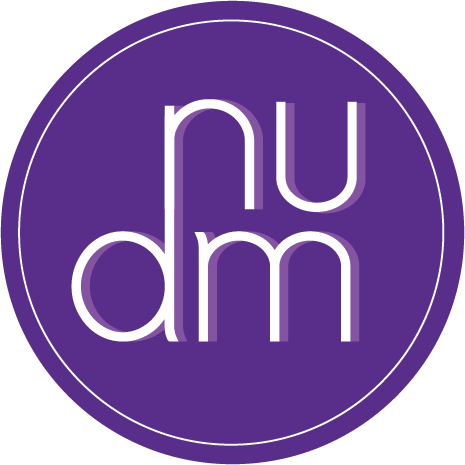 2022 is an exciting milestone! It’s the 25th anniversary of the deep and meaningful partnership between ECF and Northwestern University Dance Marathon (NUDM), one of the most successful student philanthropies in the nation.

Since 1998, ECF has been the secondary beneficiary of NUDM, receiving 10% of the funds raised. NUDM has awarded ECF nearly $1.5 million over the years, making NUDM one of the Foundation’s top four donors. Those funds go back into the community through ECF grant investments and have helped ECF create innovative grants programs and other supports for the important work of nonprofits.

The partnership goes beyond the money. Each year, NUDM Executive Co-Chairs or Community Engagement Chairs serve on ECF grants committees. Dancers and board members volunteer with ECF grantees to further understand and support the community they call home for four years.

In September 2017, ECF and NUDM received the Evanston MashUp Evanston/Northwestern Catalyst Award, an annual award given to recognize people and organizations with committed partnerships between NU and the community.

NUDM’s remarkable student leadership carried on during 2020 and 2021 with successful virtual events which supported their primary beneficiaries, as well as ECF. On March 4 – 6 2022, ECF is thrilled to be back in the tent with NUDM, as they continue their creative commitment to making a difference in the world and Evanston.

The Evanston gun buyback program utilizes resources from the Foundation's Evanston Gun Buyback Fund to remove guns from our community. Established in 2012, generous contributions from Evanston residents, the Cherry Family Foundation, Evanston Northshore Hospital, ECF, and Northwestern University added more than $20,000 to the fund. The Evanston Police Department’s Gun Buyback Program now operates on a daily basis in order to gain control of unwanted guns as quickly as possible. Citizens can call 3-1-1 to arrange for a member of the Problem Solving Team to finalize arrangements for transfer of a weapon to the department.

When Evanston created its first Climate Action Plan in 2008, the Evanston Climate Action Fund was established as a strategy to implement that plan. It supports the ongoing campaign to reduce greenhouse gas emissions. ECF holds the fund and works collaboratively with the City of Evanston’s Office of Sustainability, Citizens Greener Evanston, and others focused on the environment to develop grants and a grants process.  Since its inception, the Fund has raised more than $18,000 from donors throughout our community, and has distributed $17,000 in grants to local organizations. Learn about the most recent grants. Donate to the Climate Action Fund.

The Evanston Women’s History Project collaboration focusing on the achievements of Evanston’s women was fittingly started by two creative women donors in 2007, who provided seed money and ideas to document local women’s history. ECF served as fiscal sponsor, working with the original donors to raise additional funds and employing a local public historian to spearhead the project. Organizations from the YWCA Evanston/North Shore to local sororities and women’s organizations worked together as the Evanston Women’s History Project (EWHP) over the next three years to document and celebrate this important history, along with current contributions.

EWHP continues as a project of the Evanston History Center, partnering with other organizations. Its development helped pave the way for the transformation of the Frances Willard Historical Association into the Center for Women’s History and Leadership (CWHL). The Evanston History Center fund that continues to support EWHP, the Joan Barr Smith Endowment for Women’s History, is housed at ECF.