Home > Connections > We Take on Challenges

the story of Grand Victoria Foundation and Communityworks

From 2003 through 2011, Grand Victoria Foundation (GVF) worked to strengthen Illinois community foundations by expanding their capacity and influence, enabling them to spearhead revitalization efforts and create place-based solutions. Known as the Communityworks initiative, GVF’s goal was to launch a transformation in local philanthropy and provide results at a scale that would really make a difference.

cultivating the spirit of community leadership as an animating force 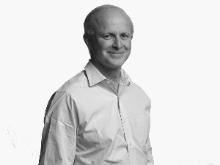 Every community in the Communityworks initiative faced challenges in early childhood education, workforce training and land use, but most community foundations participating in the initiative lacked the resources, processes, and community standing to tackle them. GVF and the Communityworks initiative changed all that. Participating foundations explored issues with community members, developed actionable and systemic plans, and implemented them with GVF guidance and funding opportunities. Throughout the eight year initiative, ECF was challenged to embrace an expanded community leadership role as convener, partner, planner and strategic fundraiser, in addition to the traditional role of grantmaker.

The Foundation’s Communityworks impact plan, Every Child Ready for Kindergarten, Every Youth Ready for Work launched in 2007. The Every Child initiative was developed in response to consistent community input that the achievement gap was the most urgent challenge facing our community. Our impact plan taps into Evanston's rich intellectual resources, building a stronger early childhood education system by networking existing resources.

The Foundation has transformed to reach new levels of effective leadership in fulfilling its mission through GVF's Communityworks initiative. We've engaged the community to assess Evanston's most fervent wishes, and shaped a distinctive impact plan. ECF has built a fund of more than $7 million through the very generous support GVF and our donors, enabling us to continue and expand grantmaking for our Every Child Ready for Kindergarten, Every Youth Ready for Work initiative. In this period when governments are rethinking and retrenching, the Foundation's growth has presented a major counter-trend that enhances the sustainability of local organizations and protects Evanston's safety net.

Grand Victoria Casino in Elgin, Illinois voluntarily donates 20 percent of its annual net operating income to fund initiatives with the potential to transform local communities into vibrant civic hubs. Grand Victoria Foundation was established in 1996 to fulfill this commitment.