Public Service Challenge (PSC) is a non-partisan training offered, in partnership, for each election cycle to support and educate ANY interested individual who is looking to run for a city office or the school board. Below are a series of training videos for the 2022-2023 election cycle. These videos are a rich resource for anyone seeking training about local elections.

The Evanston Community Foundation, Evanston/North Shore Chapter of the NAACP, Evanston Own It, the League of Women Voters, the Evanston/Skokie PTA Council, EC2C Advocates for Action, and Evanston Public Library offer these training videos.

Since its inception in 2000, PSC has been organized by a coalition of civic-minded organizations to help community members who are interested in running for elected office understand the responsibilities the role and the expectations. The PSC also supports and educates individuals on how to run an effective and successful campaign.

about the video series

The online nonpartisan training focuses on the public servant roles in the City and school boards and on how to run a campaign. The three videos confer information on the roles and responsibilities of office and on how to run successful campaigns. The topics of this three-part series are:

Video One: Funding and Running an Effective Campaign

What are the elements of managing a successful campaign? Learn about how to get started, field operations, fundraising, communications and marketing, community outreach, and legal requirements from a group of experienced campaigners.

Learn about the roles and responsibilities of Public School Board service and the relationship to the Superintendent from a current superintendent and several former school board members.

Reference materials from the Illinois Association of School Boards (IASB): About School Boards, Foundational Principles of Effective Governance, School Board Member's Approach to the Job

Video Three: City Government
Learn about the City Manager form of government, the roles and responsibilities of aldermen and mayor and relationships with the city manager and ward constituents from an expert in city management and two former aldermen. 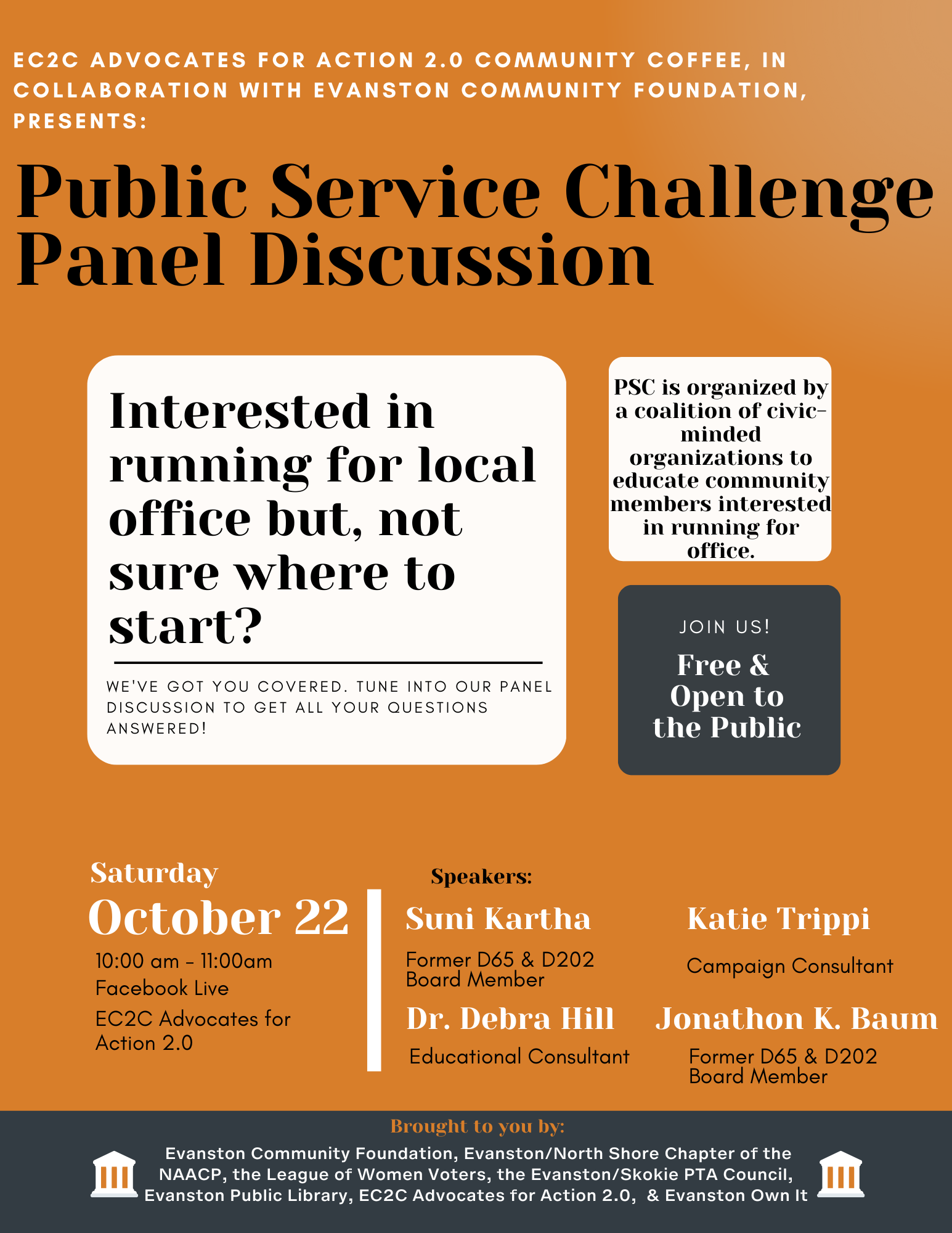